As college students cross the threshold from childhood to adulthood, many can’t help but grow nostalgic for those popsicle-stained, recess-laden days of youth where “not a worry or care” rang fabulously true. I, like most of my classmates, am a proud product of the 90’s, and I can’t help but think back to a time when life was simpler, Bill Cosby ruled television, and cell phones were brick-sized clunkers.

Here are the top ten pop culture phenomena of the 1990’s. Cue the memories!

10. Barney—This big purple dinosaur taught us that friendship is invaluable, and also that singing dinosaurs are more than a little creepy. 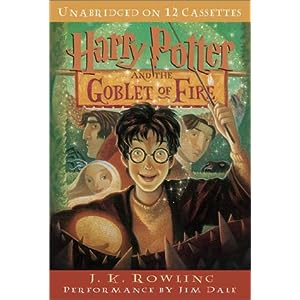 9. Harry Potter—The boy wizard sprang onto the literary scene when we were in elementary school, and helped spark an entire generation’s love for reading and made us realize how pointless school seemed if you weren’t at Hogwarts. Math? Voldemort never had to do math.

8. Nickelodeon—Remember the good old days of Hey Arnold, Rugrats, Doug, and Rocko’s Modern Life? Sure you do. You’re singing the theme songs right now, aren’t you?

7. Disney—We grew up in what is affectionately known as the Disney Renaissance:  Beauty and the Beast, Aladdin, The Lion King, and Tarzan were just a handful of the moving masterpieces Disney released in the 1990s.

6. Furbies—They were all the rage in their beaky, bug-eyed, slightly unsettling cuteness. The problem is, no one has ever managed to find out exactly what a Furby is. An owl gone wrong? A particularly fat pigeon? A really ugly cat? Speculation abounds. 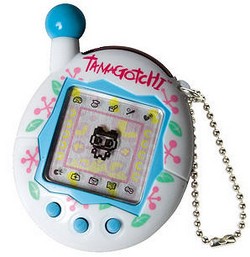 5. Tamagotchis—Ranking as one of the most obnoxious virtual pets of all time, these tiny Japanese imports cried havoc if you forgot to feed them, and died suddenly and painfully shortly thereafter, leaving more than a few of us traumatized for life.

3. Playstation—Pacman had nothing on Sony’s Playstation. Video games burst to life after the company released the gaming platform in the 1990s, and ever since, kids have been gluing their reddened, stinging eyes to the television screen for hours in search of more digital things to blast to smithereens. All hail Sony!

2. The Macarena—P.E. classes, parties, movies: nowhere was safe from this Latin groove. The worst part? We still know all the moves and wield them proudly. Or maybe that’s just me.

1. Boy bands—Groups like ‘N Sync, The Backstreet Boys, and 98 Degrees momentarily elbowed The Macarena to the sidelines and graced many a t-shirt and bedroom poster in the 1990s. They created a multi-million dollar industry and made matching denim wardrobes and crisply choreographed dancing en vogue—and left us wanting more whenever they crooned, “Baby, bye, bye, bye!”

Casey Eade is a journalism major at the University of Nevada, Las Vegas. She loves the arts, stuffy, redundant classic literature, and dreaming about traveling the world as a show host or a foreign news correspondent. Until that big journalism gig comes along, she can be found blogging at http://utterlybefuddled.wordpress.com.