Failure to Launch – Q & A with Christine

I’m 26 years old and in a rut. I don’t really like my career path, but don’t know what else to do. Money is tight and I don’t have a lot of friends or much of a social life really. Lately, I’ve been considering moving back in with my parents. They are okay with it, and I think it will help me save money, figure out what I want, and offer me some company. Do you think it’s a good idea to move back home?

Heading Back to the Nest, 26, Kansas City

Dear “Heading Back to the Nest,” 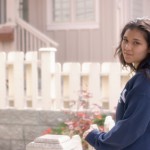 I’m not surprised you are considering moving back home considering that boomeranging is a trend among your Gen Y generation. Two-thirds of graduating seniors move directly back home after college – so acknowledge yourself for beating some of the statistics and getting out on your own. Now it’s just a matter of staying there. According to the MacArthur Foundation, although slightly more than half of men and nearly two-thirds of women left their parents’ homes by age 22, 16% of both returned home at some point before age 35. Do you really want to return to the nest after only a few short years of flying on your own?

The fact that you are considering boomeranging is a common reaction to the overwhelming pressures and expectations twenty-somethings feel to “keep up.” Many twenty-somethings run out of steam, feel overwhelmed by financial burdens, develop a defeatist attitude, and get stuck — hiding from the responsibilities, choices, and disappointments adulthood brings. A common trend I see in twenty-somethings today, especially among those with parents who are “friends” with their children, is the tendency to lean on their parents a little too much. This makes it hard to have your own life, relationships, opinions, and independence. Plus, living at home makes dating really awkward . . . to say the least.

So my advice is not to move back in with mom and dad. Going back to sleep in your old bedroom that you presumably left as a teenager will not only feel like a step backwards, it is a step backwards. You are likely to fall back into old patterns and become even more complacent than it sounds like you already are. Home is comfortable and familiar, which usually does not inspire new ideas or personal growth. And it would be unwise to depend on your parents as a social outlet. Part of growing into adulthood is finding your identity, and surrounding yourself with friends compatible to that identity. We grow the most when we are pushed to the edge of what we think we are capable of doing. It’s in our times of struggle that “aha” moments are discovered.

Recall a time in the past when you were succeeding at something challenging on your own that you did not think you could do. Remember the feeling of accomplishment and pride you had? You will not get that feeling if mom starts folding your laundry again. The trend I see among twenty-somethings living at home is that their overall sense of self-esteem and motivation actually decreases. Although they are saving money, it becomes even harder for them to figure out what they want because they’ve gotten in their comfort zone.

But maybe you’ve had enough discomfort for a while and moving home really is a move you’ve decided to make. Elina Furman, author of Boomerang Nation: How to Survive Living with Your Parents the Second Time Around says, “Provided you get along with your parents and they are supportive of your need to make a career transition, moving back home can allow you to save money while you figure out a new life path. With so many young adults moving in with parents, it’s becoming more a rite of passage than something to be ashamed of. The only problem would be if you moved back home to avoid taking responsibility for your life. But since that doesn’t sound like your situation, it may be the best way to steer your life in a new direction.”

If you boomerang, follow these ground rules for yourself that will increase your chances for independent success: pay rent or contribute to the household in some kind of tangible way, set a move-out date that your parents will hold you to, and create a plan and budget for living on your own again that you implement the first day you move back home.

At the age of 26, you have the daunting, yet exhilarating task of looking towards hundreds of opportunities and finding one, or a mix of several, that work for you. Stay focused, know you are not alone in your struggles, and you’ll be pulling yourself out of your rut and into your grown-up life sooner than you think.

Christine Hassler supports individuals in discovering the answers to the questions: “Who Am I, What do I want, and How do I get it?” She is a Life Coach with a counseling emphasis specializing in relationships, career, finances, self-identity, personal and spiritual growth. Her expertise is centered on the twenty and early thirty something years of life.

Christine has authored two books: Twenty-Something, Twenty-Everything: A Quarter-life Woman’s Guide to Balance and Direction and The Twenty-Something Manifesto. As a professional speaker, Christine leads seminars and workshops to audiences around the country. She has spoken to over 10,000 college students as well as to conferences and corporations about generational diversity. Christine has appeared as an expert on The Today Show, CNN, ABC, CBS, FOX, E!, Style and PBS, as well as various local television and radio shows, speaking about life issues and “Expectation Hangovers®” – a phenomenon she identified and trademarked.