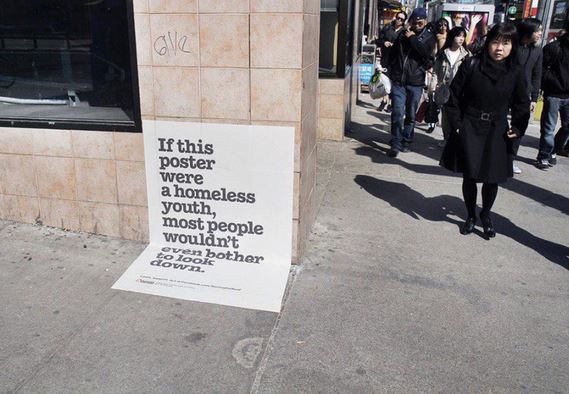 I Hold The Torch To: Civic Integrity It was a late-January night in Downtown Los Angeles. Headlights danced around the dark corners as the harsh dry Californian wind brushed up against Dave’s coarse neck. The chilly breeze prompts him to snuggle closer in the half-torn dirty sheet he calls a sleeping bag. Beside him were two individuals he met earlier that day at a local soup kitchen. Unfortunately, the three were unable to get a spot at the local shelter that night and was forced to fight the odds out in the cold concrete in Skid Row. I, Marc Manguray, pass by homeless people like Dave and his friends every day, and I can’t help but wonder how I could do my part to help them. Like millions of Americans, I am very fortunate to have never known the pain of being homeless, but that doesn’t mean we should ignore it, because it IS a bigger problem than we think and it could happen to ANYONE. Consider this…

Knowing these things, I hold my torch to the improvement and continual support for Homeless Assistance Programs and local organizations that help homeless people transition back into working society. So now ask yourselves:

Learn all about “I Hold the Torch,” the Integrity Week 2015 Initiative of the NLC! Hold the torch, meet the challenge, and get involved as student leaders on your campus, all across the ‪#‎NSCSnation! http://bit.ly/1zwE11K